Thanks to a well-orchestrated offensive strike by athletic trainers, physicians, and disease specialists at the University of Southern California (USC), a once-rampant bacterial infection among USC football players now appears to be largely contained.

Methicillin-resistant Staphylococcus aureus (MRSA) was once primarily a hospital-acquired organism. Recently, though, outbreaks of community-acquired MRSA (CA-MRSA) have occurred among otherwise healthy athletes and the public at large.

This highly contagious infection is particularly menacing because it is resistant to an entire class of antibiotics, making it more difficult to treat. Because MRSA also has a predilection for skin and soft tissue and is more virulent than methicillin-sensitive S aureus, it can cause rapidly progressive cellulitis and necrotizing abscesses.

Athletes who participate in contact sports are particularly susceptible to complicated skin and soft-tissue infections (cSSTIs) caused by skin trauma, such as turf burns, abrasions, shaving, and chafing. Football and wrestling are the most commonly affected sports nationally, due to the greater amount of skin-on-skin contact and the large number of athletes congregating in common locker rooms.

“Outbreaks of CA-MRSA in sports teams are very serious, and recognition is crucial to avoid further complications,” says Paul D. Holtom, MD, associate professor of infections, disease and orthopaedics at the USC Keck School of Medicine. “Without proper referral and care, more serious infections may cause pneumonia, bloodstream infections, or surgical wound infections.”

Their report, “Outbreak of community-acquired methicillin-resistant Staphylococcus aureus skin infections among a collegiate football team,” was published in the April-June 2006 Journal of Athletic Training. (To read the report, visit: http://www.pubmedcentral.gov)

As part of the study, the researchers reviewed the medical records of past USC football seasons and found no cases of cSSTIs or SSTIs requiring surgical débridement and/or hospitalization caused by MRSA over the previous 20 years.

USC football’s first encounter with MRSA occurred during the 2002 season, when two players were hospitalized with severe cSSTIs resulting from MRSA.

One player first developed a painful pimple on his elbow, flu-like symptoms, and low-grade fever. The infection quickly developed into necrotizing fasciitis, and the athlete underwent multiple surgical procedures, including skin grafts, before ultimately recovering.

The second player was hospitalized with a painful abscess on his lower leg. He received intravenous and oral antibiotic therapy, and the abcess was incised for drainage. He also recovered.

Once the two cases had been identified, the Los Angeles County Department of Health Services initiated an investigation into the MRSA outbreak at USC.

“As a result of the investigation, a number of measures were instituted, including the use of a 3 percent solution of hexachlorophene (pHisoHex®) in showers and bathrooms, covering all open wounds, increased emphasis on athletic trainer hygiene and universal precautions, not allowing athletes in whirlpools when they had open wounds, and discontinuing multiuse lotions with pumps or other preparations for massage,” Dr. Holtom says.

In addition, players were instructed on the importance of showering; advised to refrain from sharing towels, equipment, and personal items; and directed to report any suspicious skin lesions to the medical staff immediately.

No further cSSTIs occurred that season.

Unfortunately, the cSSTI rate surged during the 2003 USC football season. Seventeen of the 107 players on the team presented with MRSA-like infections—all requiring surgical incision and drainage. Eleven players were later confirmed as being infected with MRSA, and six of the 11 were hospitalized. Another six players had probable cases, with abscesses requiring incision and drainage, but no cultures were performed.

They subsequently established the following protocol for the treatment of cSSTIs:

The following antibiotic therapy was administered:

“In addition, patients with severe cellulitis or abscesses too large to drain in the outpatient setting—and those who did not respond to antibiotic therapy—were hospitalized for intravenous antibiotic therapy and surgical débridement as needed,” Dr. Holtom says.

In the fourth week of the 2003 season, nasal cultures were performed on the entire team to identify MRSA carriers. Results showed that seven players were MRSA carriers, and they were treated with topical nasal mupirocin ointment and oral rifampin.

Of the 17 total infections identified in 2003, 13 occurred between the second and fifth week of the season. Toward the end of the 2003 season, staff athletic trainers, athletic equipment staff, and students working with the football program had nasal cultures. None tested positive for MRSA.

The effectiveness of the infection control measures implemented by USC can be seen in the marked decrease in cSSTIs during the 2004 season. Only one player was found to have an infection caused by MRSA that year.

“Once in place, our interventions resulted in a significant decrease in MRSA cSSTIs,” reports Dr. Holtom. “We feel that all the components of the infection control measures were important in contributing to our success.”

Carolyn Rogers is a staff writer for AAOS Now. She can be reached at rogers@aaos.org.

Would you recognize CA-MRSA?

The high morbidities on the USC football team and during other outbreaks of CA-MRSA illustrate the importance of recognizing this disease early. Physicians should watch for the following indications:

Infection control measures and prevention are vital to containing outbreaks of community-acquired methicillin-resistant Staphylococcus aureus (CA-MRSA). The Centers for Disease Control and Prevention (CDC) has published recommendations for preventing the spread of CA-MRSA (available at http://www.cdc.gov), and the USC football team modeled many of its interventions on those recommendations.

Players were also given the following instructions:

Signs were also posted in the locker room and outside the athletic training room to remind players to follow these measures. 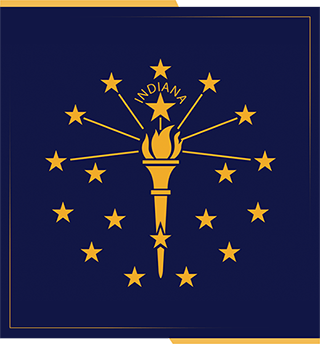 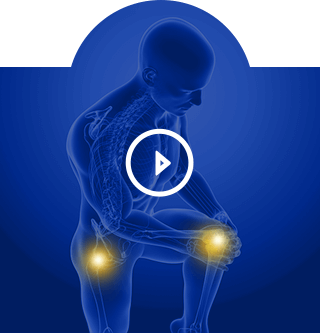