The Shape of Things to Come: Gender Solutions(TM) High-Flex Knee is the First Knee Replacement Shaped to Fit a Woman's Anatomy

PHILADELPHIA, May 10, 2006 /PRNewswire via COMTEX News Network/ -- The Gender Solutions(TM) High-Flex Knee, the first knee replacement shaped to fit a woman's anatomy, has received 510(k) clearance from the U.S. Food and Drug Administration (FDA). The new implant was unveiled today at a joint press conference with one of the surgeon developers, Robert E. Booth, M.D., Chief of Orthopaedic Surgery at Pennsylvania Hospital, and Zimmer, a worldwide leader in orthopaedics.

The Gender Solutions High-Flex Knee was designed based on three distinct and scientifically documented shape differences between women's and men's knees, and a sophisticated and highly detailed map of the joint created using three-dimensional computed tomography (CT) imaging. The implant's goals include alleviating knee pain and restoring mobility, while offering fit and function that is optimized for the characteristics more commonly seen in female patients.

"Even though most women are happy with their results after joint replacement, some still have residual pain in the front of the knee around the kneecap, or say their artificial knee just doesn't feel or move the way their own knee did when it was healthy," Dr. Booth said. "Knee implants have been functioning very well for men and women, but we want to meet women's unique needs by making knee replacements that feel, fit and function even better. The Gender Solutions Knee is the best of both worlds. It's based on the NexGen(R) Knee, a highly successful implant with great mechanics and 10 years of clinical success. Only the shape is different, to make it feel more natural."

The clearance allows Zimmer to begin distributing the Gender Solutions High-Flex Knee to U.S. orthopaedic surgeons and hospitals as part of Zimmer's NexGen Complete Knee System. Zimmer branded knees have been implanted in more than 5 million patients worldwide, and, in 2002, the Company became the first to reach 1 million total knee replacements in the United States. Dr. Booth and several other surgeons who helped with development will be implanting the Gender Solutions Knee in patients this Spring, and the implant is expected to be globally available this Fall.

The Need for a Woman's Knee Implant

"Mounting research indicates that a woman's knee is not simply a smaller version of a man's knee. The differences involve the bones, ligaments and tendons in the joints," said Dr. Booth. "Women can wear men's clothing and shoes, but most prefer clothing and shoes made for them. That's because women are shaped differently than men. It's the same with knees, and it makes perfect sense to design knee implants with women in mind, particularly considering that women are by far the majority of the knee replacement patient population."

Nearly two-thirds of the more than 400,000 annual knee replacement patients are women, according to the National Center for Health Statistics, and the numbers continue to increase each year. Research shows that while both women and men vastly underuse knee replacement, women are three times less likely than men to undergo the procedure, although they suffer from more knee pain and resulting disability. "Less invasive procedures are helping patients get back to enjoying their lives faster than ever before. Now that we have a knee shaped to fit women's anatomy, we expect far more women will want to consider knee replacement," said Dr. Booth.

Knee replacements have long been available in many sizes, but merely using a different size for women doesn't resolve anatomical differences. Various studies show that women's knees significantly differ in shape from men's knees. Pioneering research conducted for Zimmer precisely maps out those differences and is the foundation for the design and development of the Gender Solutions Knee.

The Gender Solutions High-Flex Knee, the first of several gender innovations to come from Zimmer, is based on the company's more than 20 years of clinical success with total knee implants. Further, it:

"As the number of women receiving knee implants began accelerating, orthopaedic surgeons started seeing the anatomical gender differences and realized they were frequently making adjustments during surgery to accommodate those differences," said Sheryl Conley, Group President, Americas and Global Marketing and Chief Marketing Officer for Zimmer Holdings, Inc. "Surgeons asked Zimmer to create a gender-specific knee, and we sought cutting-edge research to confirm and quantify the gender differences, in order to develop a knee that would better conform to the shape of a woman's knee. We strongly believe that every woman in need of total knee replacement should consider this knee over all other currently available knee implants."

The knee joint is composed of three bones: the end of the femur (thighbone), the top of the tibia (shinbone) and the patella (kneecap), which are all held together by tendons and ligaments and cushioned by cartilage. Knees can become painful, due to arthritis, injury and infection, which cause deterioration of the cartilage. When the cartilage is gone, the bones of the knee grind against each other, wearing away and typically causing severe pain. Total knee replacement involves removing the portion of bone that is damaged and resurfacing the knee with metal and plastic implants.

Historically, implants used for knee replacement have been designed based upon an average between the size of women's and men's knees.

"Today's knee implants are very successful, as defined clinically by the low number of revisions," said Cheryl Blanchard, Ph.D., Senior Vice President, Research and Development and Chief Scientific Officer for Zimmer. "At Zimmer, metrics for success and our drive for continuous improvement extend beyond clinical endpoint markers. Our focus is on creating products that satisfy patients. The Gender Solutions Knee is specifically designed to alleviate joint pain, restore function and increase women's overall comfort and satisfaction with knee replacement surgery."

Although numerous studies have reported differences in anatomy, the measurement methods used in prior studies typically were imprecise and variable. For instance, measurements were taken during surgery with calipers or rulers.

A continually growing knee bone atlas based on more than 800 knees and kneecaps has been created for Zimmer by Mohamed Mahfouz, Ph.D., Director of Computational Bioengineering at the University of Tennessee, Knoxville. Bone atlases have been used in the past to create knee replacements; however, the data were two-dimensional, and interpreted differently. The three-dimensional CT data collected by Dr. Mahfouz were compiled and used to create highly detailed virtual blueprints for the knee as it looks after surgeons have removed the bone and are ready to place the implant. The data from Dr. Mahfouz's study measured multiple dimensional parameters and found that 19 of 23 were statistically different between males and females. The results confirmed that: the shape of women's knees typically fall into different ranges than men's; and, these differences are statistically significant. Zimmer determined that there is a real need for a knee implant that addresses these anatomical differences.

When placing traditional implants, some surgeons accommodate women's differences by removing more bone or repositioning the implant during surgery, but their ability to make the implant precisely conform to the patient is limited. The Gender Solutions High-Flex Implant was designed so the surgeon can more closely match the female patient's knee anatomy.

"Orthopaedics has made significant progress in the last decade with improvements on all fronts, from pain management to increasingly less-invasive surgery that gets people back to their lives sooner," Dr. Blanchard said. "A knee that meets the needs of two-thirds of the knee replacement population is a logical next step, and Zimmer is the first orthopaedics company to address the differences between men's and women's knees in a scientific manner."

For more information or to request a free brochure about the Gender Solutions High-Flex Knee, or to find a surgeon who performs joint replacement with Zimmer implants, consumers should visit http://www.pacewithlife.com/genderknee or call toll-free, 1-877-GEN-KNEE.

Founded in 1927 and headquartered in Warsaw, Indiana, Zimmer is the worldwide #1 pure-play orthopaedic leader in designing, developing, manufacturing and marketing reconstructive and spinal implants, trauma and related orthopaedic surgical products. Zimmer has operations in more than 24 countries around the world and sells products in more than 100 countries. Zimmer's 2005 sales were approximately $3.3 billion. The Company is supported by the efforts of more than 6,700 employees worldwide. Visit Zimmer on the worldwide web at http://www.zimmer.com .

This press release contains forward-looking statements within the safe harbor provisions of the Private Securities Litigation Reform Act of 1995 based on current expectations, estimates, forecasts and projections about the orthopaedics industry, management's beliefs and assumptions made by management. The forward-looking statements include sales and diluted earnings per share guidance and other statements identified by the use of forward- looking terms such as "may," "will," "expects," "believes," "anticipates," "plans," "estimates," "projects," "assumes," "guides," "targets," "forecasts," and "seeks" or the negative of such terms or other variations on such terms or comparable terminology. These statements are not guarantees of future performance and involve risks, uncertainties and assumptions that could cause actual outcomes and results to differ materially, these risks and uncertainties include, but are not limited to, our ability to successfully integrate Centerpulse AG and Implex Corp., the outcome of the Department of Justice investigation announced in March 2005, price and product competition, rapid technological development, demographic changes, dependence on new product development, the mix of our products and services, supply and prices of raw materials and products, customer demand for our products and services, control of costs and expenses, our ability to form and implement alliances, international growth, governmental laws and regulations affecting our U.S. and international businesses, including tax obligations and risks, product liability and intellectual property litigation losses, reimbursement levels from third-party payors, general industry and market conditions and growth rates and general domestic and international economic conditions including interest rate and currency exchange rate fluctuations. For a further list and description of such risks and uncertainties, see the disclosure materials filed by Zimmer with the U.S. Securities and Exchange Commission. Zimmer disclaims any intention or obligation to update or revise any forward-looking statements, whether as a result of new information, future events or otherwise. Readers of this document are cautioned not to place undue reliance on these forward-looking statements, since, while we believe the assumptions on which the forward-looking statements are based are reasonable, there can be no assurance that these forward-looking statements will prove to be accurate. This cautionary statement is applicable to all forward-looking statements in this document. 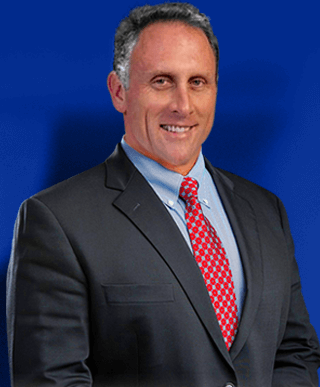